Drake is a Canadian actor/rapper whose career reached some remarkable limits in the past few years. He started from the bottom and now his career charting hits are being listened to all  over the world. Still, his career didn’t start over night and he faced a lot of disappointments and rejections before reaching the top. In just 7 years, he became one of the most successful rappers ever and he took the music industry by storm. But even though we know a lot about Drake “the rapper”, there aren’t many information about his history and personal life. Bellow, we will present you a few quick facts about the famous musician; things that you will probably hear for the first time. Before becoming famous (and rich) Drake was spending a lot of time just Googling for luxury residential pools and imagining how would it be if someday he will have the money to buy one. Needles to say that after he achieved success, his first purchase was a $7.7 million L.A. mansion, which came with a gorgeous pool, like the ones he had dreamed about. The pool came with an 80 ft. water slide, flat-screen TV’s and flame-spitting torches. His property is called “YOLO Estate”.

2) He isn’t too lucky with women Even though he is an international star with thousands of female fans around the world, his love life didn’t turn out as well as expected. As we already know, his short relationship with Rihanna led to a fight with Rihanna’s former boyfriend, Chris Brown in the summer of 2012. Bottles were thrown all over the club and the glass injured 3 persons, who filed a lawsuit against the famous rapper.

He always admitted that he has a crush for his colleague, Nicki Minaj, but he also said that the singer “friend-zoned” him, she treats him like a younger brother and didn’t respond to any of his advances.

Another scandal that involved one of his girlfriends was in 2011, where his former partner, Ericka Lee, who helped him create the song “Marvin’s Room”, sued him for copyright, as she had a massive contribution to the development of the song. The matter was settled and she received $50,000 and 4.5% of the song’s earnings.

3) He makes his own whiskey Besides his rapper career, Drake had a lot of initiatives in the last couple of years and one of them is the Virginia Black Whiskey business. He had a lot of tweets and teasers regarding this matter and his initiative was well received by his fans. Nobody knows much about his product but from the shown photos we can be sure that it’s going to be a premium whiskey. The package will contain a golden bottle, completed with gold and black labeling. The whiskey will probably be Canadian.

4) He comes from a musical family 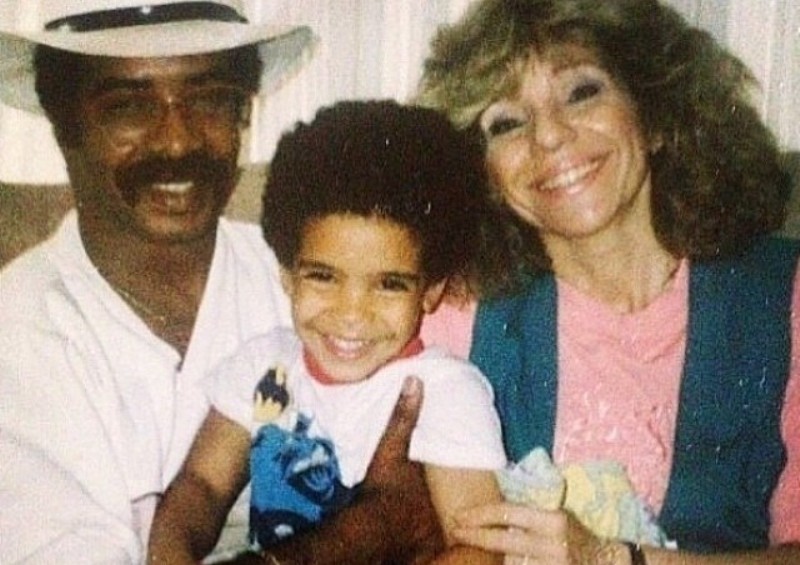 Born from a Jewish Canadian mother and an African-American father, not many people knew that his parents were tied to music industry years before he because successful. Drake’s father was a drummer in Jerry Lee Lewis’s band and his mother also comes from a very creative musical background. Also, his uncle was a bass player for Prince. Considering this musical background, it is no wonder that Drake was able to become successful so fast.

5) He broke a few records in the music industry After he released a few mixtapes between 2007 and 2009, Drake was approached by some serious record labels that offered him up to $2 million to sign with them. This was a premiere in music industry because no one ever payed so much money for a young, unknown artist. He also got to keep all his creative rights and only had to pay 25% distribution fee to the label, which was another premiere in the rap industry.
Another incredible situation in his career was when he received two Grammy nominations, without even having a released CD. Still, he received the Grammy in 2013, after being nominated 12 times.

In conclusion, Drake is a role-model and a person worthy of respect. His philanthropic activity is very large, but he never boasted with this and made most of his donations are anonymous

.. His career is just at the beginning and we must keep watching him as he has a lot more to offer.